Hannah Francis from The Age wrote a piece entitled “Police want to cut length of Rainbow Serpent Festival following death of 22-year-old”. How would a shorter festival have prevented this tragedy and might doing so actually increase harm?

Rainbow Serpent Festival’s (RSFs) gates opened for the 20_year celebration at midday on Thursday the 26th of January 2017. Opening midday on the Thursday of Australia Day weekend has been the festival’s format for years. Yet The Age author incorrectly wrote that it “ran for one day longer than usual this year”. Having music play on the Thursday, from 5pm-midnight, was a first though. Conversely, the festival’s entertainment schedule has been cut short over the past two years to encourage people to rest earlier on Monday night to mitigate fatigue among Tuesday’s exiting patrons, and this is an example of the organisers’ ongoing commitment to their impaired driving initiative. 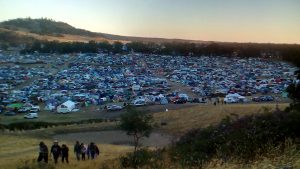 By turning off the music earlier, it gives patrons more time to recover before safely driving home.

Supt. Andrew Allen was quoted in the Victoria Police media statement released 31 January: “Every year more and more police resources are required at this extraordinarily high-risk event”. While Hannah Francis‘s article captured the sentiment of the original police statement, she misquoted the statement. For example: “…Allen said the festival posed ‘extreme risks’ to other road users”. I paid to gain access to Victoria Police’s Corporate Statistics regarding the roadside operation targeting RSF in 2016:

That means that in 2016 9.92% of people who were drug tested after they left RSF tested positive for traces of the proscribed substances in the bodily fluids at the roadside, while 8.44% were confirmed positive and charged accordingly. And that means there were 6 (15%) false positive tests. 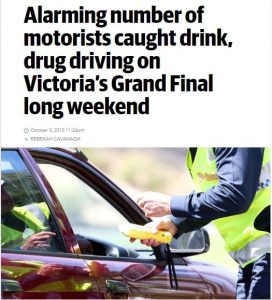 The lab-confirmed results for RSF 2017 are not yet available for purchase from Corporate Statistics, but let’s assume all 17+ preliminary positive results are confirmed positive. The police roadside operation ran for an additional day-and-a-half compared to 2016 (Sunday 29 January-Thursday 2 February), so it’s also fair to assume they conducted at least the same number of drug tests this year as last. This would mean that 4.22% of drivers who were drug tested leaving RSF produced a preliminary positive result. This is a significantly lower rate of positive results than the 14.29% rate of positive tests across the state over Easter weekend and up to one third in some suburbs on AFL final weekend in 2016. Clearly the Easter and Grandfinal weekends generate far more harm and are more newsworthy.

But more importantly, shortening the festival could lead to increased rates of people caught drug driving. And while in Victoria it is a summary offence to have “any concentration” of methylamphetamine, MDMA, or THC in one’s blood or oral fluid (See, Road Safety Act 1986, S 49(1)(bb)  and the applicable statutory definitions), neither the law nor the technology used to enforce it tests for impairment. Shortening the festival could lead to increased people driving impaired. In turn, this could actually contribute to deaths rather than reduce the chance of deaths and is in direct contradiction with the RSFs impaired driving initiative.

Compounding the issue is what might be described as journalistic apathy. Police media statements are often assumed to be objective sources of information that the media simply accept as fact. But police media statements too can be politically-loaded. The user-pays policing system provides little incentive for police to downplay the necessity of their services at any particular event. Further, as one of the largest agencies in the executive branch of government, Victoria Police aren’t immune to human administration errors and miscommunications either, which may explain the frequent and obvious anomalies when roadside operation statistics are quoted. 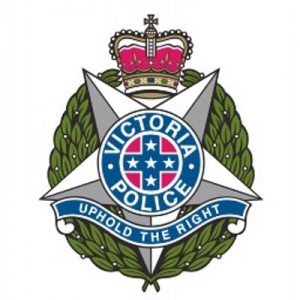 Further, in RSF’s media release on the 2 February, Tim Harvey wrote “Last year one in 20 drivers outside Rainbow tested positive compared to the annual state average of one in 15 and while we believe one positive test is too many, it’s been made abundantly clear that music festivals are just easy headlines for senior police officers with political agendas”. Hannah Francis wrote “Mr Harvey played down the link between the festival and drug driving, saying one in eight drivers testing positive was ‘a fantastic result when compared to the Victorian community in general”. Compared is the only word of more than one syllable The Age accurately quoted Mr Harvey as saying.

The Police media statement claiming RSF poses an “extraordinarily high-risk” is at odds with police feedback onsite and the superlative effort placed on safety during the year-round planning process. RSF undergoes the local government’s permitting process. As such, emergency management stakeholders, including Victoria Police, advise the festival on the necessary and most prudent safety measures required. The organisers comply, and during the event an emergency management HQ, including a Victoria Police compound, runs 24/7. Some of such documentation is available through the Pyrenees Shire’s Freedom of Information (FOI) request process. The organisers of RSF made an extraordinary effort to minimize harm at this year’s event. 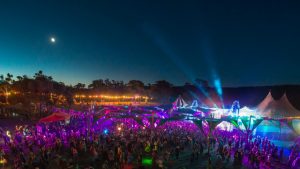 Two reports of sexual assault at RSF were made to police. The Age acknowledged in its closing paragraph that RSF introduced ‘The Nest’  in 2017, an inclusive safe space initiative with sexual assault counsellors and psychologists to respond to “alleged assaults”. No other festival in Australia has such a comprehensive initiative to address gender-based violence (GBV) or to educate the community on consent. Victoria’s Centres Against Sexual Assault (CASA) and all reputable research sources globally on the prevalence of sexual assault (ABS, WHO, ACSSA, OSW, AIC) stress that sexual assault is highly prevalent and that approximately 95% of sexual assaults go unreported, and only 10% of the 5% reported result in conviction. The Australian Bureau of statistics notes, “there were 21,380 victim s of sexual assault recorded by police in 2015 ”. Therefore, all evidence suggests 467,600 people were sexually assaulted in Australia in 2015. An increase in the rate of sexual assault reports to police does not mean sexual assaults are more common. Rather, it suggests the victim-survivors of sexual assault have more confidence in the criminal justice system and feel empowered to make a report. Just consider the ongoing findings of the Royal Commission into Institutional Responses to Child Sexual Abuse. But has anyone suggested religious organisations pose an extreme safety risk?

For 20 years, increasing numbers of people have attended the music, arts, and community gathering in Lexton, with some 20,000 attending over the past few years. In 2017, the community grieved for the third life lost in RSF’s history: nearly 10 years ago an attendee died from an asthma attack; in 2012 Daniel Buccianti died from drug-related causes. This year a 22-year-old man died, and while the coroner’s report is pending, all other reports suggest he drank a bottle of “amyl nitrate”, as incorrectly noted in by Hannah Francis in The Age, among numerous other sources – amyl nitrite or ‘poppers’ is commonly misrepresented as amyl nitrate, but these are different substances. Following these reports, Associate Professor David Caldicott provided some harm reduction when using poppers on AOD Media Watch. Shortening the event is extremely unlikely to have prevented this tragedy.

Rather, it would seem from this analysis that shortening the event could actually increase harm. The veracity of the reporting by Hannah Francis is questionable. I have shown the significant efforts made by RSF organisers to reduce harm, but this was not reported in The Age. We at AOD Media Watch would encourage Hannah to engage with us to improve the objectivity and evidence-base for future reporting.